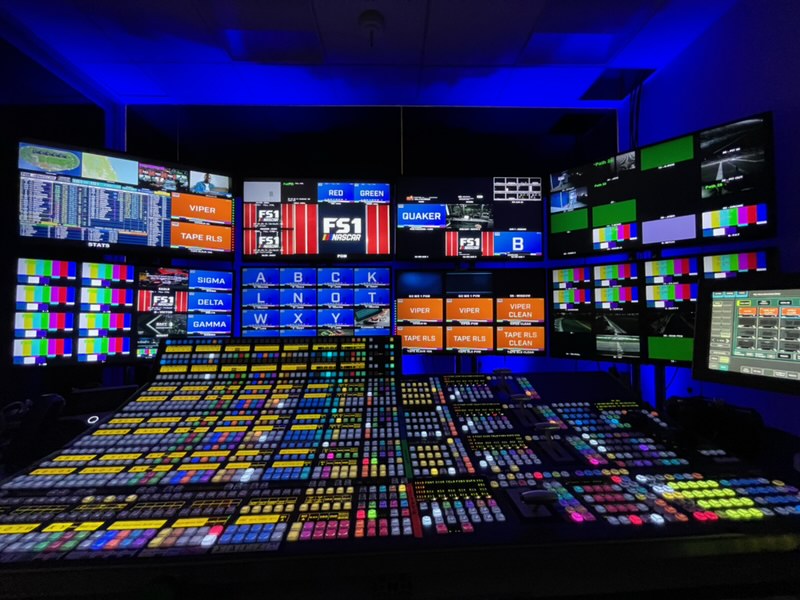 LOS ANGELES, Nov. 18, 2021 — OpenDrives, Inc., the global provider of hyper-scalable, software-led storage solutions, announced today its next generation IT architecture has been implemented by Fox Sports for its biggest events, including NASCAR and NFL, and will be deployed for Qatar 2022 and events into 2024. OpenDrives combines flexible, scalable software solutions with high-performant hardware to solve the complex challenges live broadcasters face with new formats, environments and technologies.

“Consolidating hardware and software systems becomes increasingly crucial with every camera we add to the field and every system or equipment advancement, be it the rapid shift to IP or surge in high dynamic range (HDR) and 8K formats,” said Kevin Callahan, VP of Field Operations and Engineering at Fox Sports. “This has put tremendous demand on data transfer to ensure Fox Sports continues to deliver the best viewer experience possible – OpenDrives’ efficient, flexible software and hardware solutions have proven critical to helping Fox Sports achieve this.”

OpenDrives provides a modular, portable system with a turnkey installation to dramatically reduce complexity, physical footprint and set-up time. A traditional architecture takes days or weeks to set-up while OpenDrives’ solution can be up and running in less than an hour. Using IP-based standard open protocols, OpenDrives integrates with best-in-class broadcast technology and data solution providers, including CMSI, EVS, Western Digital, Signiant, Google, Aspera and Arista, to serve as the centralized hub powering seamless onsite connections and real-time access to content.

“OpenDrives provides a much smaller footprint with less hardware and wiring than legacy infrastructure systems with an intuitive workflow interface that can be deployed and accessed by our product teams at any given moment, whether from our LA-based ‘Vault’ or across the world from the sidelines,” added Callahan. “Every square inch and millisecond matters. With OpenDrives, and the powerful ecosystem it powers, we’re able to maximize all of this for superior performance and broadcast transfer that is glitch-free.”

OpenDrives has proven out both the concept and performance needed for Fox Sports to scale the IT architecture to support Qatar 2022, anticipated to be one of the largest events in live broadcasting history. Fox Sports will be running over 90 simultaneous camera feeds all shot in HDR, covering four matches per day across eight stadiums that are geographically distanced by 75 kilometers.

“OpenDrives’ solutions are built by M&E industry veterans and the individual needs of our M&E customers. In fact, the OpenDrives Ultra Series was created for broadcast to provide shared storage systems that both scale up and scale capabilities to match the individual complexities and performance demands for live broadcast with a much smaller form factor,” said Sean Lee, Chief Strategy Officer at OpenDrives.

“But it’s more than just hardware,” added Lee. “It’s taking a software-led approach to storage technology and being able to work with a valuable ecosystem of partners like CMSI, Signiant and Aspera. Together, we’ve driven significant advancements around containerization and compute.”

OpenDrives and Fox Sports discussed these capabilities during an intimate event held in Los Angeles on November 17, where they announced how Fox Sports has tapped OpenDrives for Qatar 2022 and beyond:

“The 2022 FIFA World Cup Qatar is going to be our biggest effort yet. We’re talking 80 different live feeds at a minimum of 1080p at 50p HDR, not to mention UHD. The amount of content gets bigger and bigger. We have feeds coming in at Doha and editors over 8,000 miles away in LA producing, editing and compositing graphics.

“Real-time access to media is critical. We need to have the ability to move content back and forth down to the very millisecond – OpenDrives has proven critical to supporting the increased speed, capacity and retention of content delivery and is the pillar to delivering the best viewer experience for the 2022 FIFA World Cup Qatar.”

“This is a critical time for Fox Sports – we are broadcasting two of the largest events in the world happening within just six weeks of each other with the 2022 FIFA World Cup Qatar in late 2022 and Super Bowl LVII in February 2023. We’ll be using the same OpenDrives system across both events and plan to implement the system for the 2023 FIFA Women’s World Cup Australia/New Zealand and UEFA European Football Championship™ 2024.”

“Through the embedding of containerized compute into the data storage ecosystem on top of a small and dense hardware form factor, customers are able to gain both physical efficiency and a reduction in workflow complexity.”

“We’re ushering in next-generation IT infrastructures for a new era for live broadcast. We couldn’t be more ready and more excited to power Fox Sports’ events from Qatar 2022 and beyond.”