BlizzCon Is Bigger Than Ever With Nine Stages, 12 Trucks, 200+ Broadcast Streams 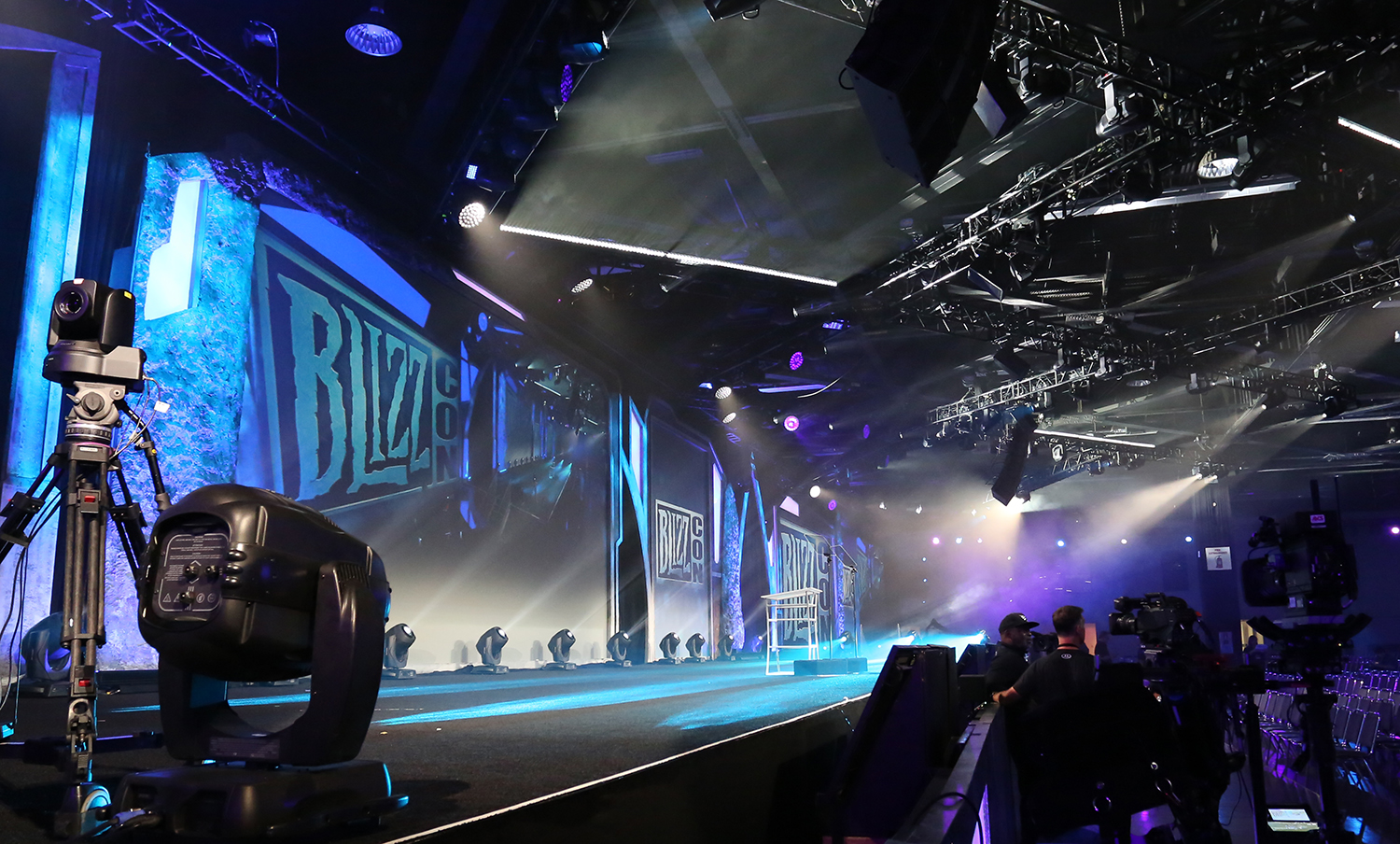 “For us, the live event and the broadcasts are very linked together because so much of the broadcast is from these live stages. Our show is definitely bigger this year,” says Pete Emminger, senior director, Blizzard Entertainment. “We’re really lucky in that we have a lot of consistent crew, so this year has actually been the smoothest year so far. Plus, we’ve really had a great year at Blizzard overall, so we’re extremely excited to finally be here at BlizzCon, which is really a celebration for us as much as it is [for the fans].”

A Blizzard of Activity: A Dozen Mobile Units Onsite Serving Nine Stages
Now in its 14th year, the convention features everything from live esports competitions to Q&A panels and announcements to demos of upcoming game releases to concerts and much more.

Blizzard’s Global Broadcast team has a dozen mobile units (including A and B units) and two flypacks onsite to serve the cavalcade of stages in Anaheim – with all shows feeding into a central Master Control and a new “Post Hub” operation.